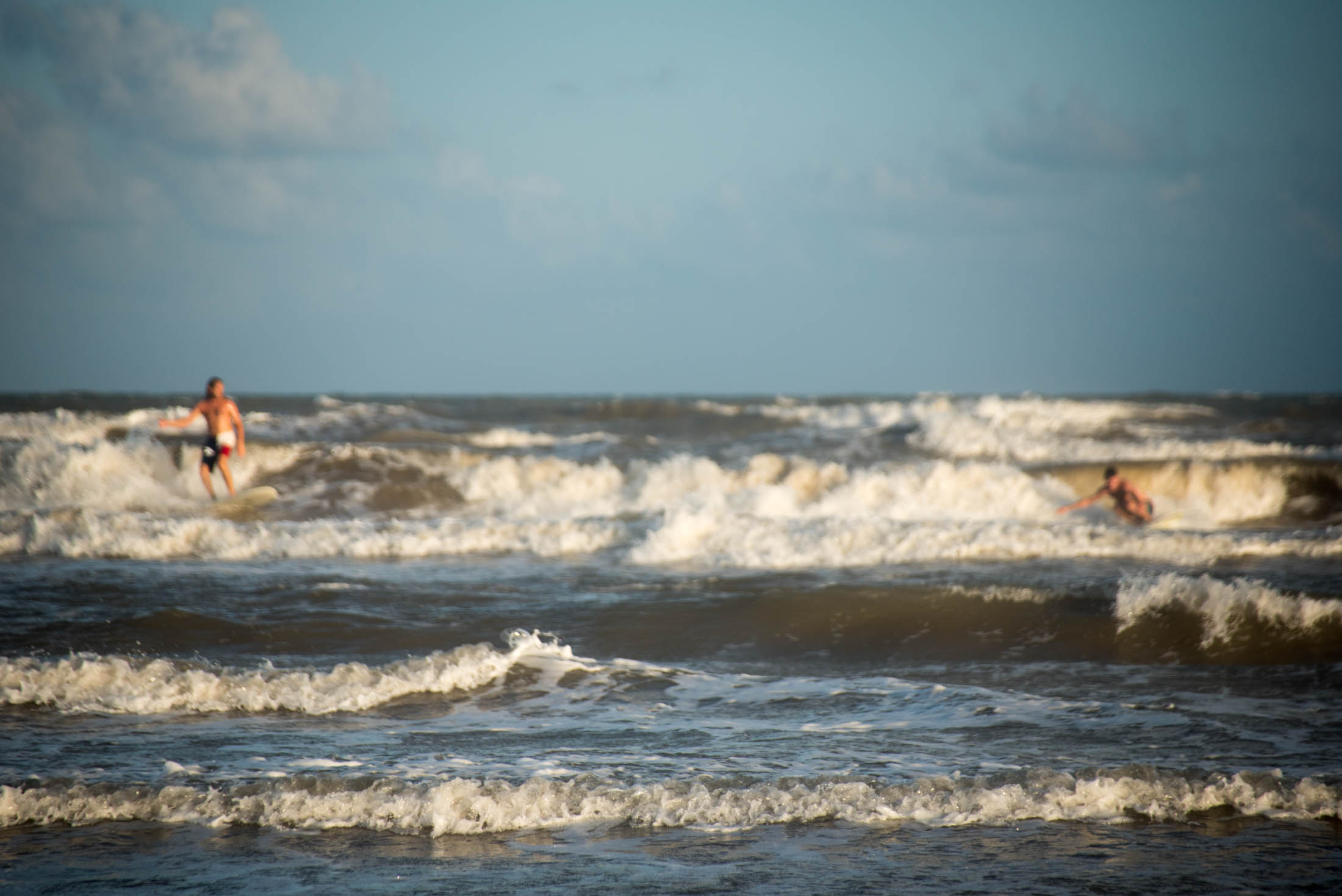 We found some Matagorda surf, and sun, on Sunday and Monday. What better way is there to spend a long weekend? We met up with friends, too, so it was in good company. With fireworks. There were waves, sure, but too much wind! When it’s too windy, the waves are choppy like a dishwashing machine.

How to begin at the end? This weekend’s photos are in reverse, with the middle of the plot in the beginning, the beginning AND the end at the end. I’ve been into narrative literature lately, so I’m thinking about these things. Interested? Check out Narratology by Mieke Bal and Reading for the Plot by Peter Brooks.

So windy the birds could only fly in one direction.

We were wondering what this one business-looking guy was making so carefully in the sand. From a distance it looked like he was really excited about smoothing over the world’s most careful volcano.

Those teeth are quite clever, actually.

Chris and Clayton heading in. Exactly 100 yards down from the pier 😉

Too windy! The birds couldn’t fly through it.

The golden hour was beautiful! I never grow tired of this golden glow that washes over everything when there aren’t clouds obstructing the sun from setting. There were actually a few clouds, but nothing to ruin the effect.

It feels a little quiet here lately to me, but exciting things are around the corner! I’ve been working behind the scenes on some much-needed updates.