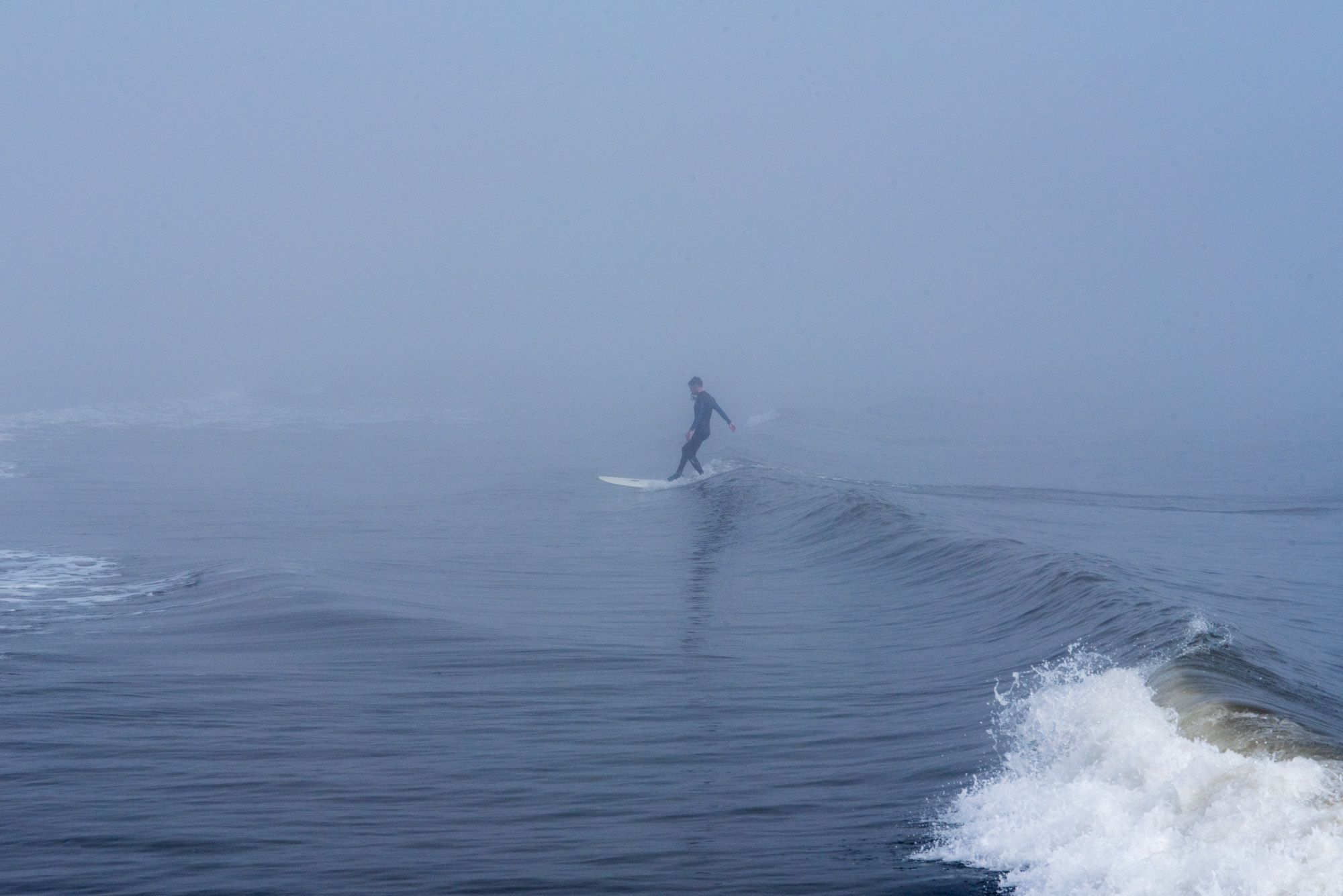 Last Wednesday we took the day off and went down to Galveston for some long glassy longboard waves. A thick fog had rolled in overnight, so in the early morning you couldn’t see farther than a few feet in front of you. It was almost more like cloud surfing in Galveston.

The beach is rarely so crowded this early, but the fog made everything seem even more quiet since you couldn’t see the other people on the beach. Especially out on the water. I’m not going to lie, when I was first walking in I did feel the subtle panic that a shark might suck me under and away. But we don’t have those big sharks in the Gulf. The water doesn’t get cold enough for them, not even in the winter.

Chris didn’t seem to be able to read the “no swimming” sign near the jetty once he was out there. So foggy 😉

I broke in the new Nikon Micro lens for this day trip. Chris gave it to me for Christmas (he’s the best!). It’s not meant to be used as a zoom, but I love how the lens turned out with the fog. And this shell! The lens picks up so many sharp details up close. I wish I had finished the diy bokeh shapes before this trip! The birds, surfer, or fish shapes would have been so fun in the waves.

Wondering where to get the best bbq? We stopped in at Pit Stop BBQ, which has the most delicious brisket. Apparently everyone else agrees! The walls are lined with huge trophies their brisket has won over the years from rodeos and cook offs.

When we left the beach in the afternoon, the fog lifted. Look how bright it was after! I’m so relieved to live somewhere that doesn’t go 100% dreary during winter.