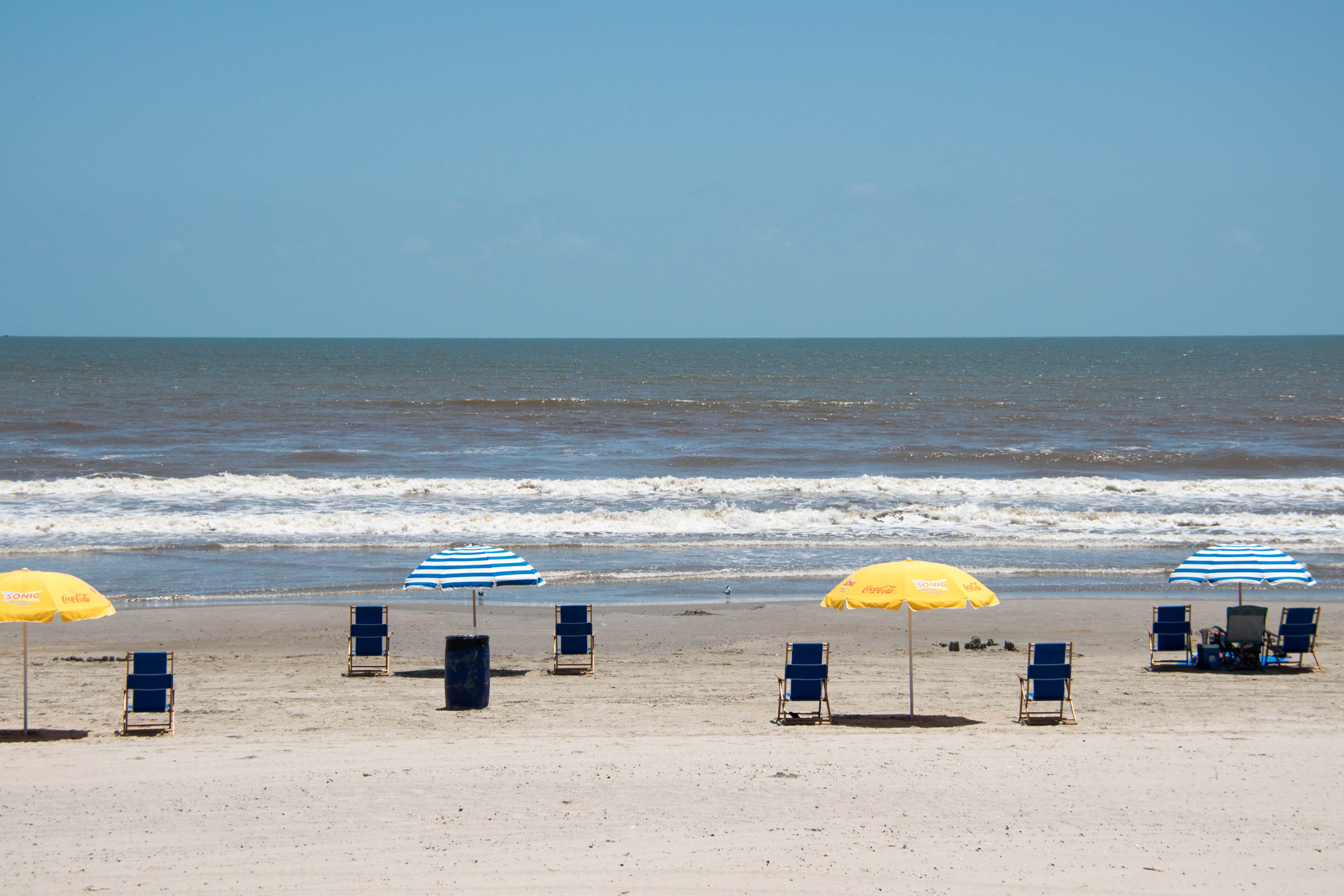 So… who knew surfing Galveston is looking up? I had no idea that they rebuilt the beach out south of 61st street. Along with the new shoreline comes a fun set of sandbars to learn.

Last weekend there was a hurricane in Mexico, so we headed out for some beach time on Sunday. With the hurricane so far away, the waves were only about 2-3 feet, but they were 10-14 seconds long! Much power, much fun. It was a day of really gentle, long waves that you could stand up on forever. By the time I got around to taking pictures (after a ride and a nap), the waves had died down a little bit. But you get the idea:

The new beach is so cute! Don’t these umbrellas and beach chairs just look so inviting? The crowd – or lack thereof – is even better. I don’t know if the heat is keeping people away or if they just don’t know the beach has been redone yet… but I love it! The usual Galveston beach stereotype is that the Seawall can be a little busy and unkempt, but there is a nice public beach on the northeast side and southwest by Jamaica Beach. I’ve found my new favorite Galveston beach spot here.

This cute sea turtle! It returns to the sea.

One of the best surf spots in Galveston is by the Historic Pleasure Pier – also a good spot to head to for a little evening fun when the weather begins to cool off. The waves tend to be a bit more powerful here.

Galveston is especially known for it’s architecture. This church is one of my favorites. Galveston was actually much larger than Houston at one time, as the main port in the Texas Gulf before a hurricane wiped everything out in the early 1900s. Houston only started to expand to the metropolis giant that it is today when port activity was moved up the river after the storm. Beautiful old mansions still line the streets of Galveston today, as do cobblestone roads and old storefront facades. But that’s a story for another post.