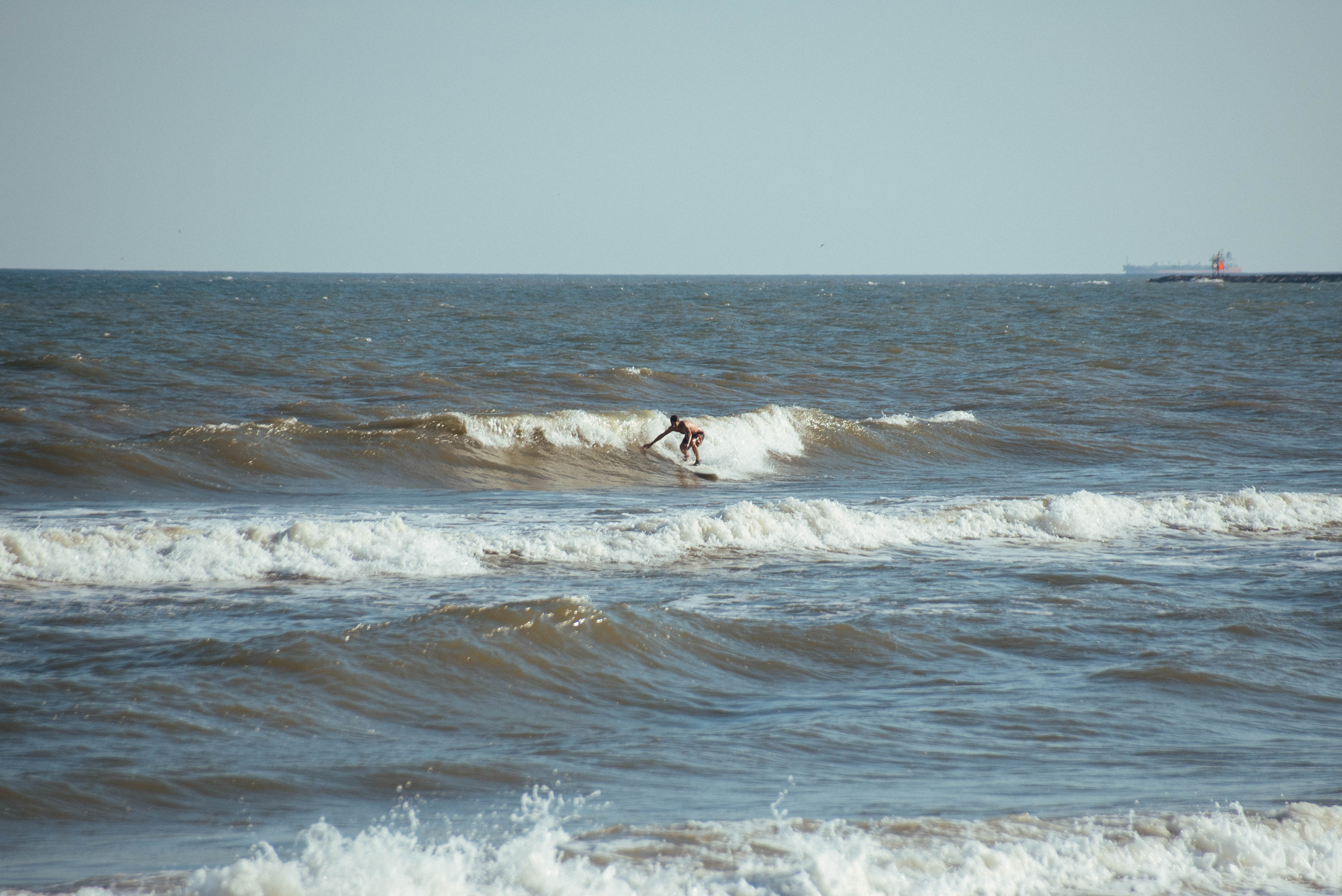 Is surfing season back yet? Things might be looking up for this October Surfside. When most people think of going to the beach, and even surfing, they usually imagine a balmy paradise. But as people who surf know, the best waves come in with the cooler temperatures. The warm summer doldrums yield mostly flat water, especially in the Gulf, and even more so this year.

This past weekend marked the first time in weeks that it was worth going out on, and Surfside had some nice long gentle waves all day waiting for me to paddle out through. Since it’s still pretty early for fall, the water wasn’t cold enough for wetsuits yet, which can be cumbersome. Also, cold water makes my hands and feet go numb. I recently caved and bought another Calavera Swimwear suit before they all sold out. This was my first time trying out the halter top, and it is awesome! I love this top even more than the others from Calvera. You just can’t go wrong with Calavera for cute performance swimwear.

Plenty of other people had the same idea we had – it’s the best time of year for beaching.

Thanks to Hurricane Matthew, we should start having some nice waves all through the week. I’m hoping they stick around through next weekend, long enough for me to go out in the sun again. There’s another hurricane brewing in the Atlantic, so it looks like we could have some more waves moving through right on Matthew’s heels.

With a little luck the water will stay warm, too. The current has already shifted, running from northeast to southwest, pulling the cooler water with it. Since we have some cold fronts moving through, I’m not sure how much longer we’ll have without wetsuits. This part of fall is right in the sweet spot of decent waves with nice temperatures. Let’s hope it lasts!

Near the end of the day, the half moon started coming up on the horizon. I recognized the view, and realized that Chris and I went on one of our very first surf dates about two years ago at this time of year. Maybe that’s a week or so off by day of the month, but spot on with the moon phase. Here’s to two years of surf!