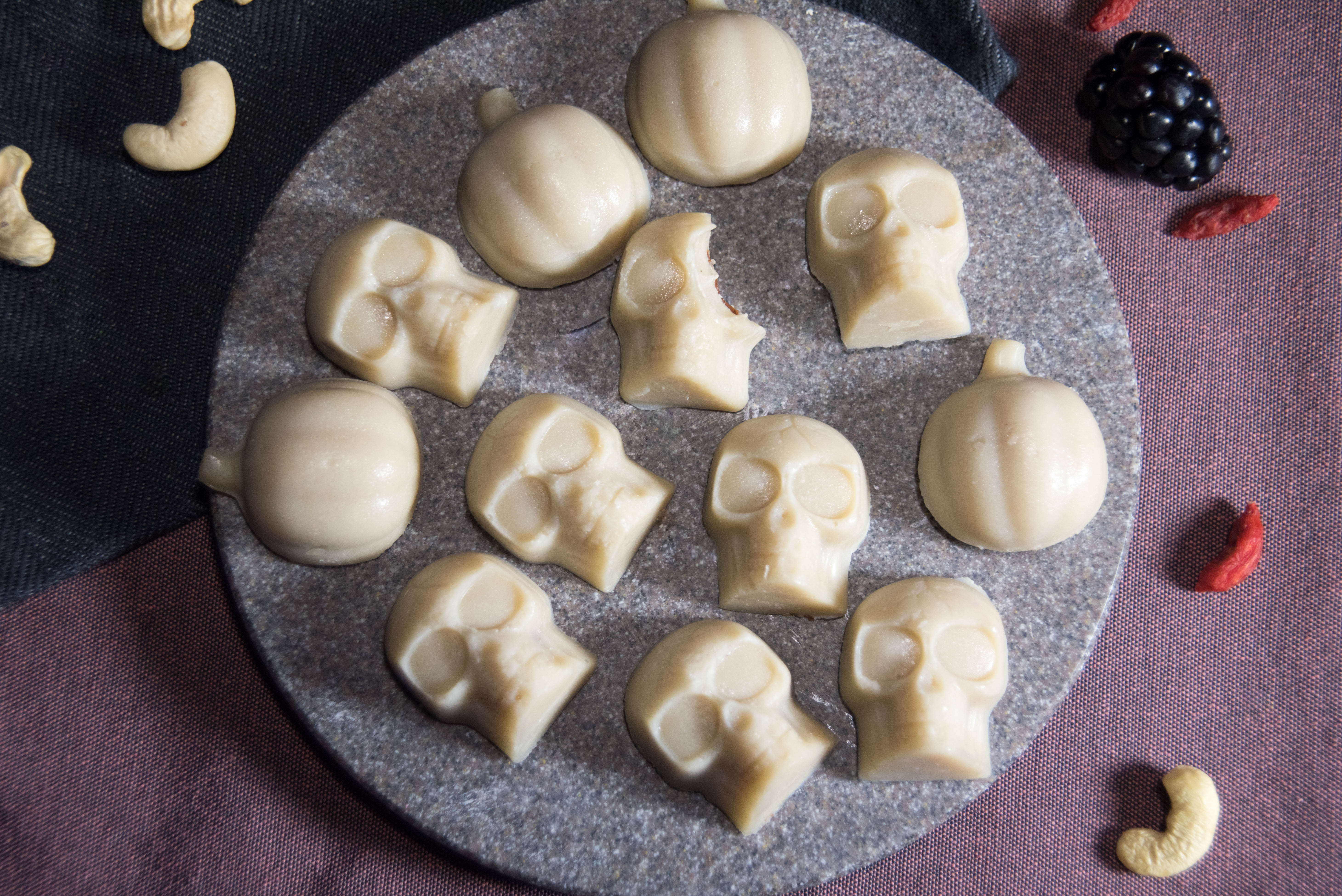 Alas, poor Yorick. I knew him…

Never fear, these paleo candy skull crushers are not just tasty Halloween candies. They are also healthy! I have such a sweet tooth, so October through December is basically my favorite time of year in the kitchen. But, I also avoid unhealthy food at all costs. Paleo candies are the perfect compromise between fun and fit.

To blend the ingredients, you’ll need some kind a blender or food processer. I used this awesome NutriBullet blender

, which pulverizes literally everything. Also, it’s super convenient the way that the NutriBullet comes with multiple blending containers. I don’t need to transfer the ingredients into another container, which means less dish washing. 🙂

Take the mold out of the freezer, and dollop 1 tsp of berry filling in the middle of the candy. Freeze for 10 more minutes.

Top the rest of the mold off with white chocolate, and freeze for at least 30 minutes.

That’s it! I had some extra filling, so I made pumpkin candies too and a few berry spiders. This recipe will fill just over 2 of the candy molds.

Serve and enjoy! Store in the freezer for safekeeping. Candies soften after about 15 minutes at room temperature.

Try not to hoard them all in your freezer for yourself 😉 These are really good. Break them out for a Halloween themed party along with some paleo witch fingers and paleo apple bites.

Looking for more ideas? Here are a few other ideas for healthy treats: