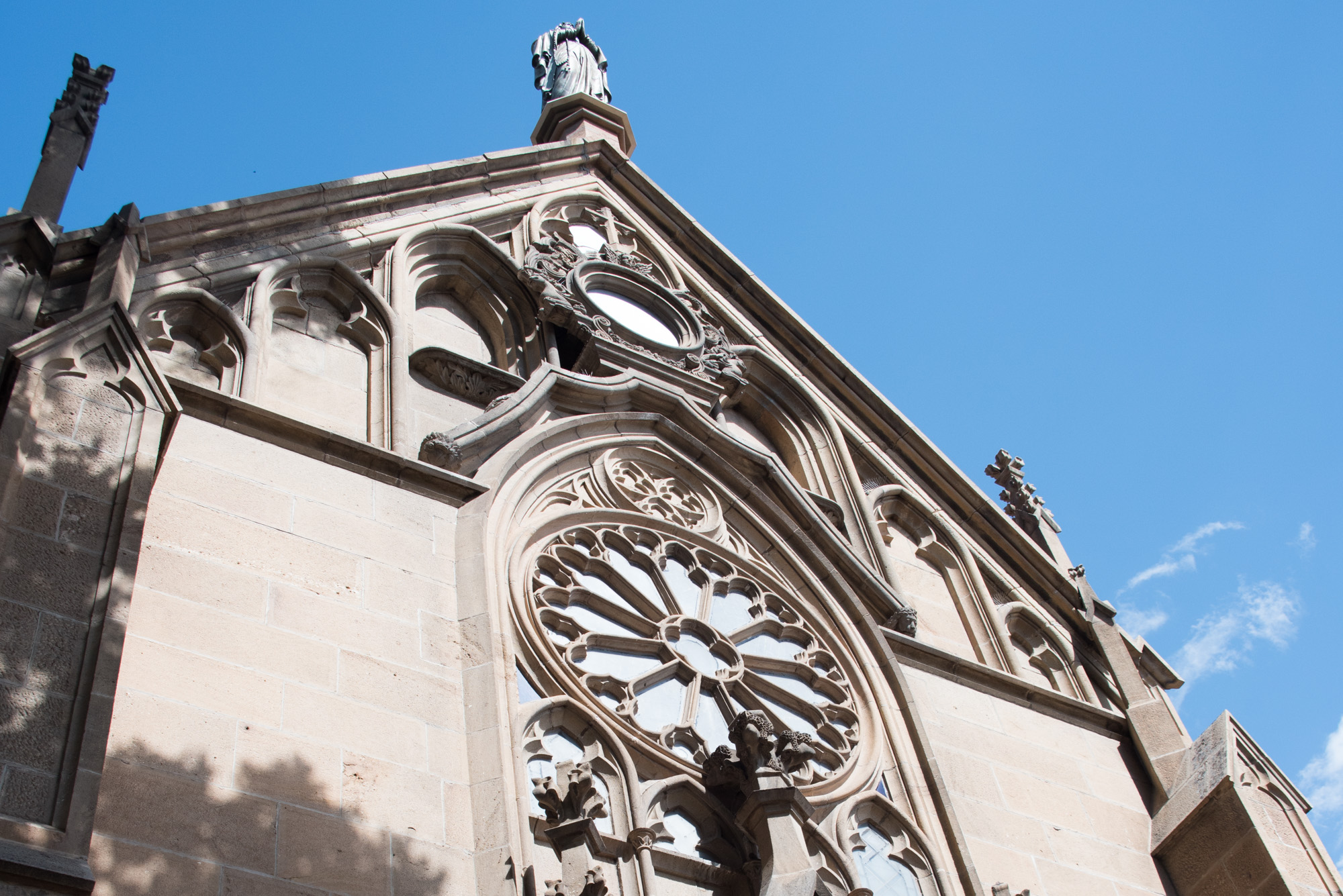 Right in the middle of downtown Santa Fe, just southeast of the Plaza, is the most mysterious chapel you will ever visit: the Loretto Chapel. Well, it’s not so much the chapel that’s mysterious as what’s inside. Have you heard of this miraculous staircase? When the chapel was completed in 1878, it had no staircase to the choir loft. Since the chapel is so small, carpenters thought there was no space for a staircase to ascend to the loft. Legend has it that the nuns of the chapel prayed to St Joseph, patron saint of carpenters, for a solution. And a man with a toolbox appeared looking for work. How about that.

After some months, the staircase was completed. The carpenter disappeared without pay. And the nuns decided he was St. Joseph himself. Since there was no one around to claim otherwise, that must be true.

What’s so remarkable about this staircase, other than it’s mysterious origins, is that it has two 360 degree turns and no visible support. It was built with NO NAILS, only small wooden pegs. Visit the Loretto Chapel in Santa Fe and see for yourself, if you’re like me and you love a good mystery!

Currently seeking: other local ghost stories and mysteries. Do you have any? ‘Tis the season. Spook me.