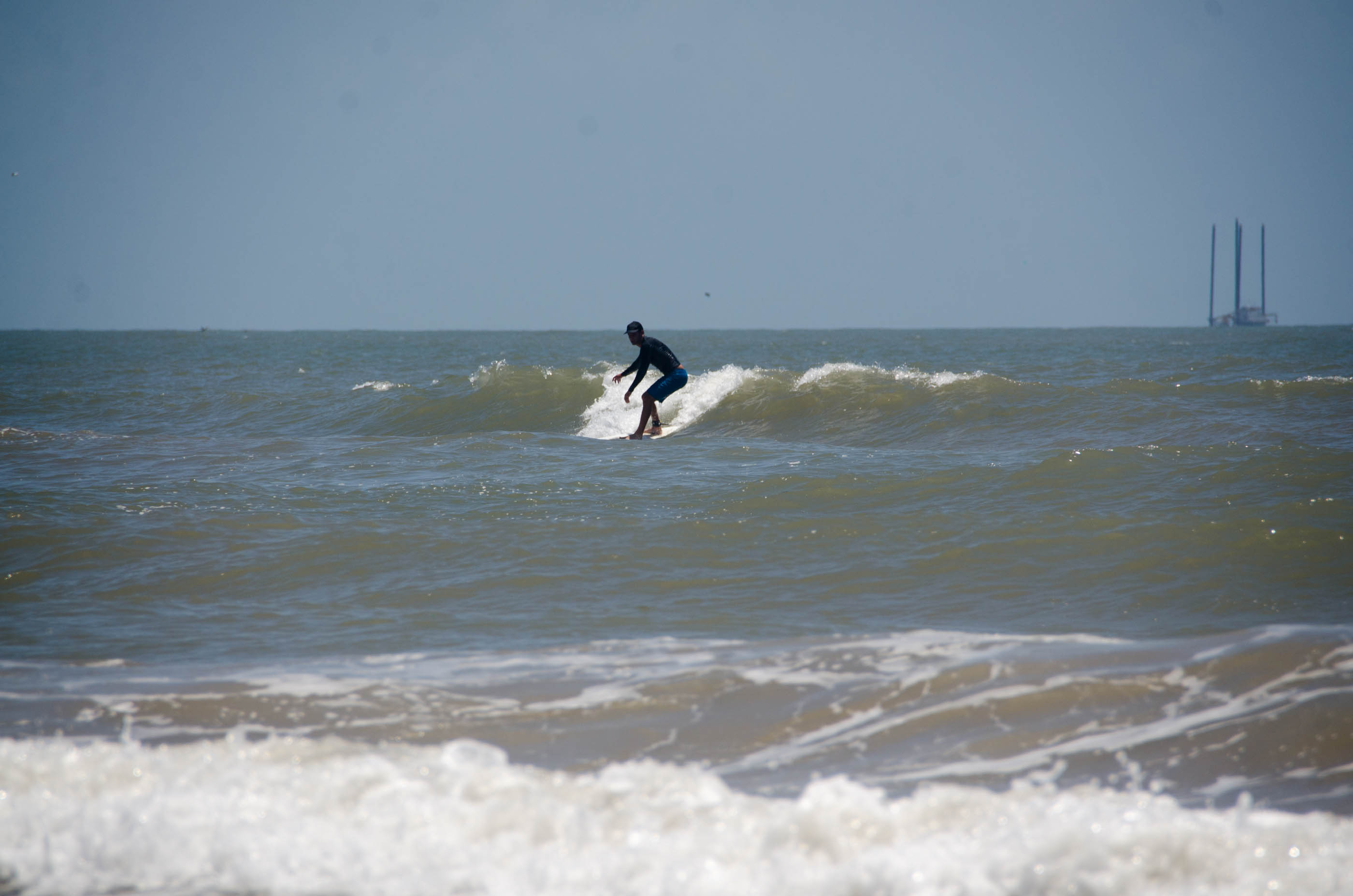 The Gulf waves were beautiful again in Surfside. Chris says it’s not often that this late in July we get these big gentle rolling waves with just enough power to surf and time to bask in the sun at the third sandbar. I spent most of the day surfing, but caught Chris’s story on this wave.

It was a day for old school, leathery surfers on longboards. However old they may look, they are in better shape than me. This surfer has a campy style. I think he was the one who surfed a few headstands.

At the end of the day we stayed past sundown for the first time in a long while. We headed over to the Pirates Alley Cafe, where they have the most amazing crab artichoke dip with garlic knots and tortilla chips.

The moon, Venus, and Jupiter were almost in convergence. You can see the craters on the moon. It’s so quietly literal on a dark and clear night like this one, when there are none of our atmospheric clouds to obscure it from view.

In Texas, the tide is best for surfing as it comes down from high tide. Thus, the best surfing conditions are likely to be just at or after the high tide on a New or Full Moon. Shown above is a waxing moon, which comes just after the New Moon.

I wonder what they were looking for. I’ve been feeling this lately, shining a light into the unknown. You can only ever really see what is directly ahead of you. Whatever it is, I hope they found it and that it was everything they wanted it to be.