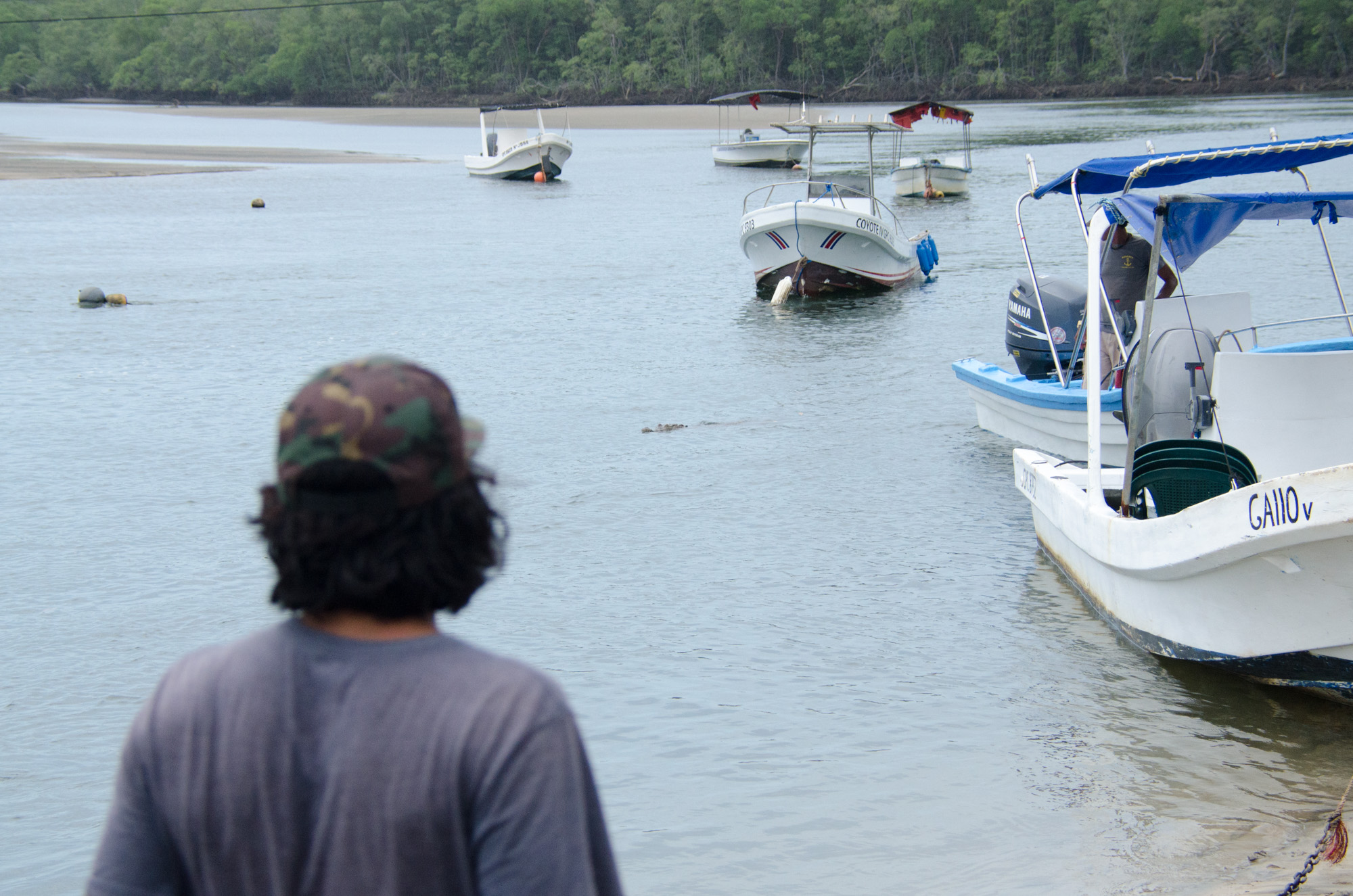 One of the only things to beware of in Tamarindo are the crocodiles by the river mouth. As you walk all the way north on the beach, you’ll come upon a river running into the bay where you can hop on a boat for an estuary tour or taxi to the less-touristy Playa Grande. What else lies under this water? The Tamarindo crocodile, who some may call El Pocho.

The original El Pocho was a famous American (not United States, American) crocodile who found his way to Costa Rica and was discovered by Gilberto “Chito” Shedden in Siquirres near death on a river bank after being shot in the eye. Chito brought the animal to safety, feeding, caring for and sleeping with it for six months until he recovered his health. I’m not quite sure what the nuance of “Pocho” is in Costa Rica, but it generally refers to someone who doesn’t speak Spanish well, like someone who speaks half-Spanish and half-English, and maybe comes across as uncultured.

Once El Pocho was healthy, Chito released him back to the wild, but he would not go! He came back to Chito the next day, and they remained best friends for life until El Pocho passed away in 2011. They were well-known from their weekly performances swimming together. Check out this short documentary on the two:

Two best friends. That’s crazy, right? Can you imagine living with a crocodile? What a unique pair. What made this man want to care so much for a wild crocodile?

Since the passing of El Pocho, Chito has trained another crocodile to perform with him. I believe he has a restaurant in Siquirres called Centro Turistico Las Tilapias too, so if you want to go see the show there’s a place to grab a bite to eat.

One of the friends we met in Costa Rica, Johan took us to the river to look for these crocs and lure them out with sardines. The crocodiles living at the river mouth are not known for the same friendliness as El Pocho. Actually, they have a reputation for eating your dog or leg if they get a chance. Be careful. Look at their eyes. They are so wild.

Don’t get too near the crocodiles! There are much better animal activities to do on the beach, like play coconut catch with a friendly dog.