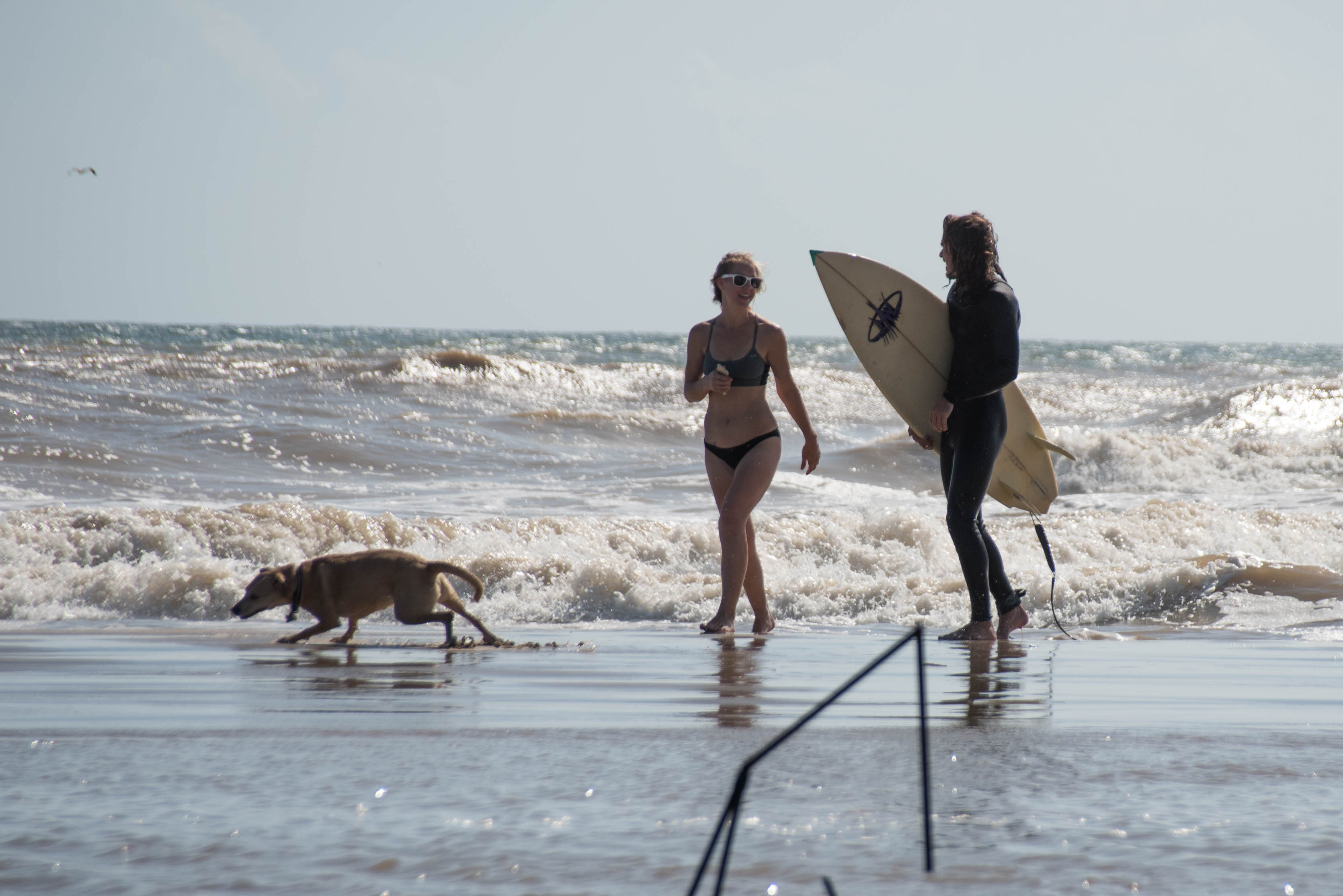 Last weekend we drove down to Matagorda surfing for the day. It was beautiful, as usual. In the morning an ominous fog blankets everything lately, but by the time the sun’s up there isn’t a cloud in sight. If it took me a little longer to edit these photos than usual, last week was just overwhelming with life happenings. I’ll spare the details, but I’m so glad it’s over. Wish this weekend could have lasted a little longer.

OMW! Headed for the water.

I just love the glittering blues and greens and textures of the water.

Chris’s classic “heading in – nope heading out” pivot. The waves were intermittent. They’d be small and manageable, and then suddenly a big swell would come through.

This nice couple from Austin was also in the water. I hope we see them out again! How cute is that dog? When I was editing these photos, I noticed that dude’s board is by Hank Warner, so maybe he’s from Austin by way of California?

Chris has a Hank Warner board that he gave(?) me to ride. It’s a nice funsize, and that thing is fast! Maybe a little too fast for a beginner on Texas waves. I loved the ease of catching waves on the Hank Warner, but it would shoot me out in front of the mushy Texas waves so I’d slow down and lose it really quickly. If I could turn faster, it would be a longer ride. Now I’ve settled into the smooth ride of his longboard. Someday I’ll get back into the Hank Warner. Here’s Chris surfing on it.

Look at this guy’s grill! I actually think this is just about the awesomest fishing setup I’ve seen anyone have out there.