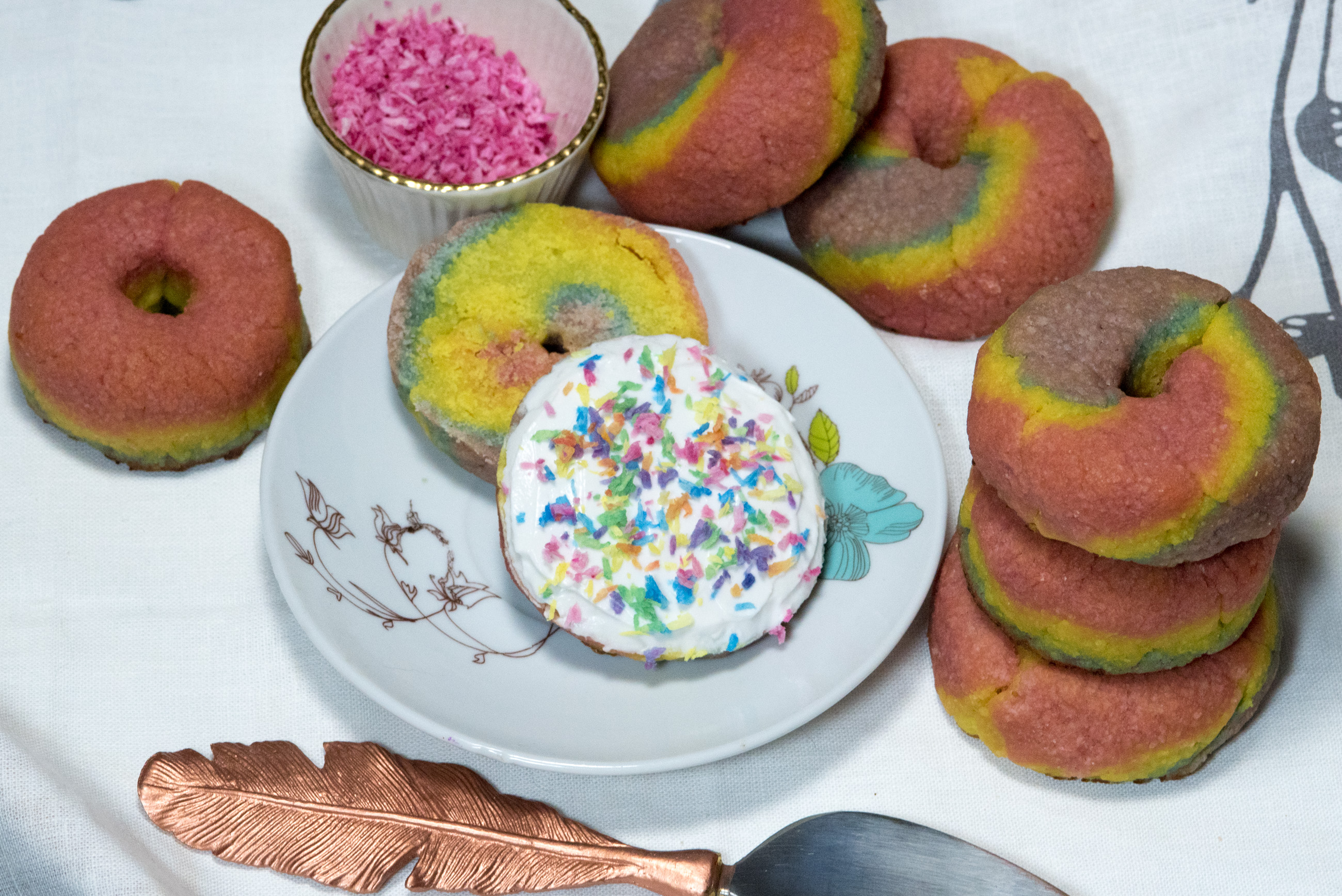 This grain-free rainbow bagel recipe situation is pretty much my favorite combination, since it comes with sweet dairy-free cream cheese topped with paleo rainbow bagels. Party on the top, party in the back, and party in the middle. And the dough is super fun to craft.

Do you want to know what else is super awesome about this bagel recipe? It’s grain-free, and still has a bagel boil step before you pop it in the oven. Most of the other grain-free bagel recipes out there are basically muffins baked in doughnut pans. But not this one! The bagel boil coats the bagel in a chewy outer layer with a melt-in-your-mouth maple flavor. I know I’m doing something right when the smell of the oven brings my boyfriend into the kitchen hungry.

Original perfect paleo bagel recipe from Cook it Up Paleo.

Original Rainbow Bagels from The Bagel Store in Brooklyn.

What do you do with the rest of that coconut milk? Toss it in the blender with some pineapple and banana for a pina colada flavored smoothie! Rum optional.

There are a few rainbow bagel videos out there, but for the real authentic deal check out this one about the original rainbow bagel from The Bagel Shop in Brooklyn.

Since their dough isn’t primarily made from almond, it holds together in a gooey dough on a scale that has the freedom to drip and marble. Take a cue from them on how free to be with your rainbow bagels! They’re more fun when you don’t try to make them absolutely “perfect”. Also, the more pigmented the food dye is, the better! Let your grain-free rainbow bagel shine.

Like it? Save it. Pin these steps for later

Let me know how it goes!