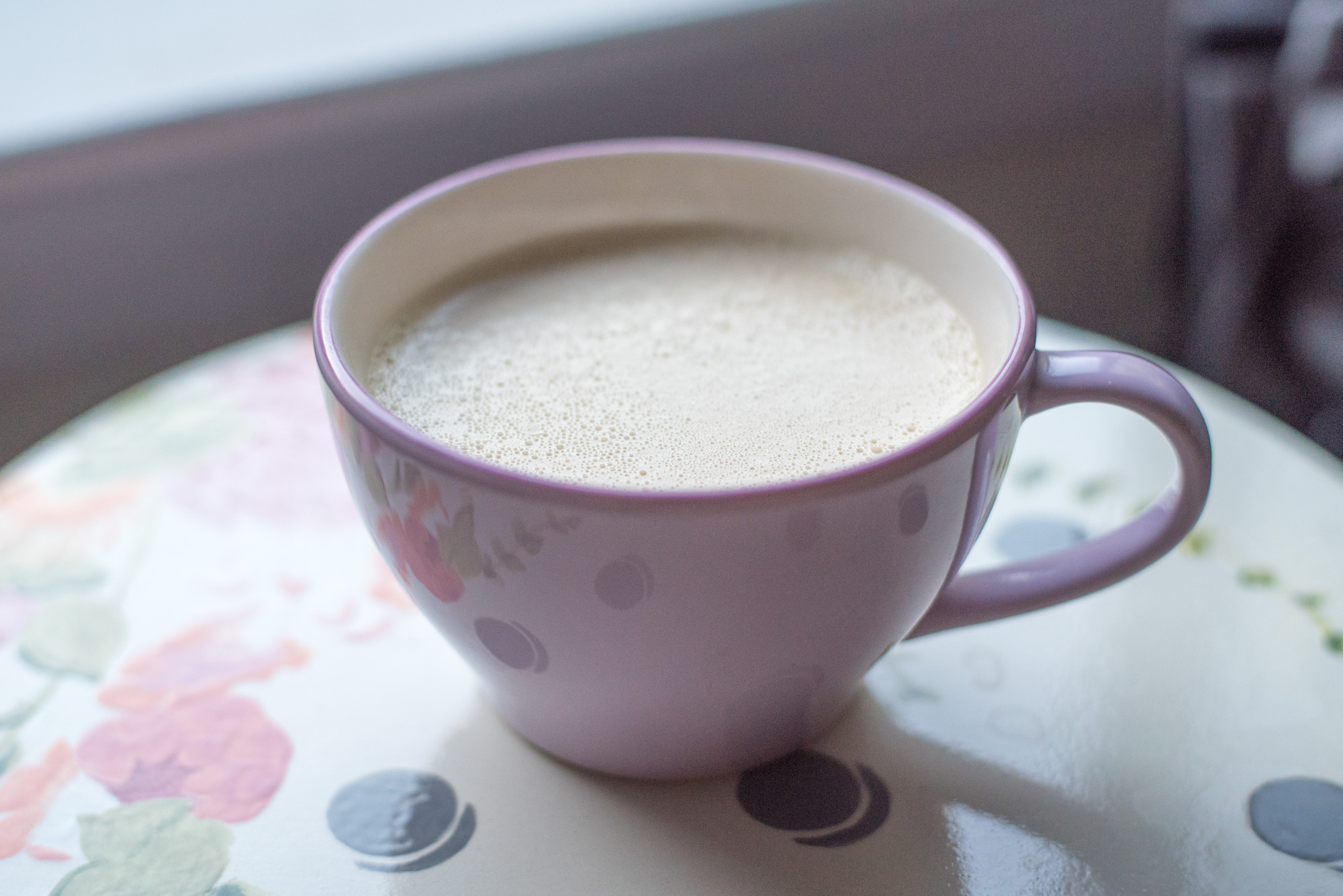 Here’s the thing about bulletproof coffee: it makes you super productive without any of the jitters or crash that a regular cup of coffee has. If you don’t know what bulletproof coffee is, it’s basically coffee with coconut oil and grassfed butter that’s been tossed in a blender until it’s frothy like a latte. Sound dubious? I know!

The first time I tried it, I did gag a little bit. I did not finish it right away. Fifteen minutes later I started to feel awesomely refreshed and ready to work. I finished the cup. Two hours later I was having the most clear, productive morning. Three and a half hours later, I started thinking about brewing up another one. You really don’t need more than one. Go to lunch instead.

How do you make bulletproof coffee? You can order the starter kit from the Bulletproof Exec, or make your own. The Bulletproof-brand kits included “upgraded coffee” from a clean roast and “brain octane oil” high quality MCT (medium-chain triglyceride) oil, which is like really high quality coconut oil. I’ve never ordered this kit. The Bulletproof brand’s big selling point is that their coffee is clean of harmful mycotoxins, which it is, but most other coffee brands out there are also cleaned of these. So, save your money and brew your own at home with the following simple recipe!

Blend all 3 ingredients for 30 seconds until frothy, and enjoy while fresh!

Be careful with this coffee recipe – there is such thing as too much of a good thing. You don’t want to just drink bulletproof coffee all the time. Each cup has about 460 calories in it from all of the fat and oil. So, if you’re drinking this in the morning you don’t need to eat breakfast. It’s sad, but efficient. Skipping breakfast food can be one of the hardest things to do, but you probably won’t even be hungry after the coffee. When you do get hungry, just eat some food. It will end the highly alert and productive state brought on by the coffee, but it has to end sometime! To curb your hunger later so the bulletproof coffee vibe can last longer, add a tablespoon of whey protein to the blender.

Do you like bulletproof coffee? Let me know how it goes!