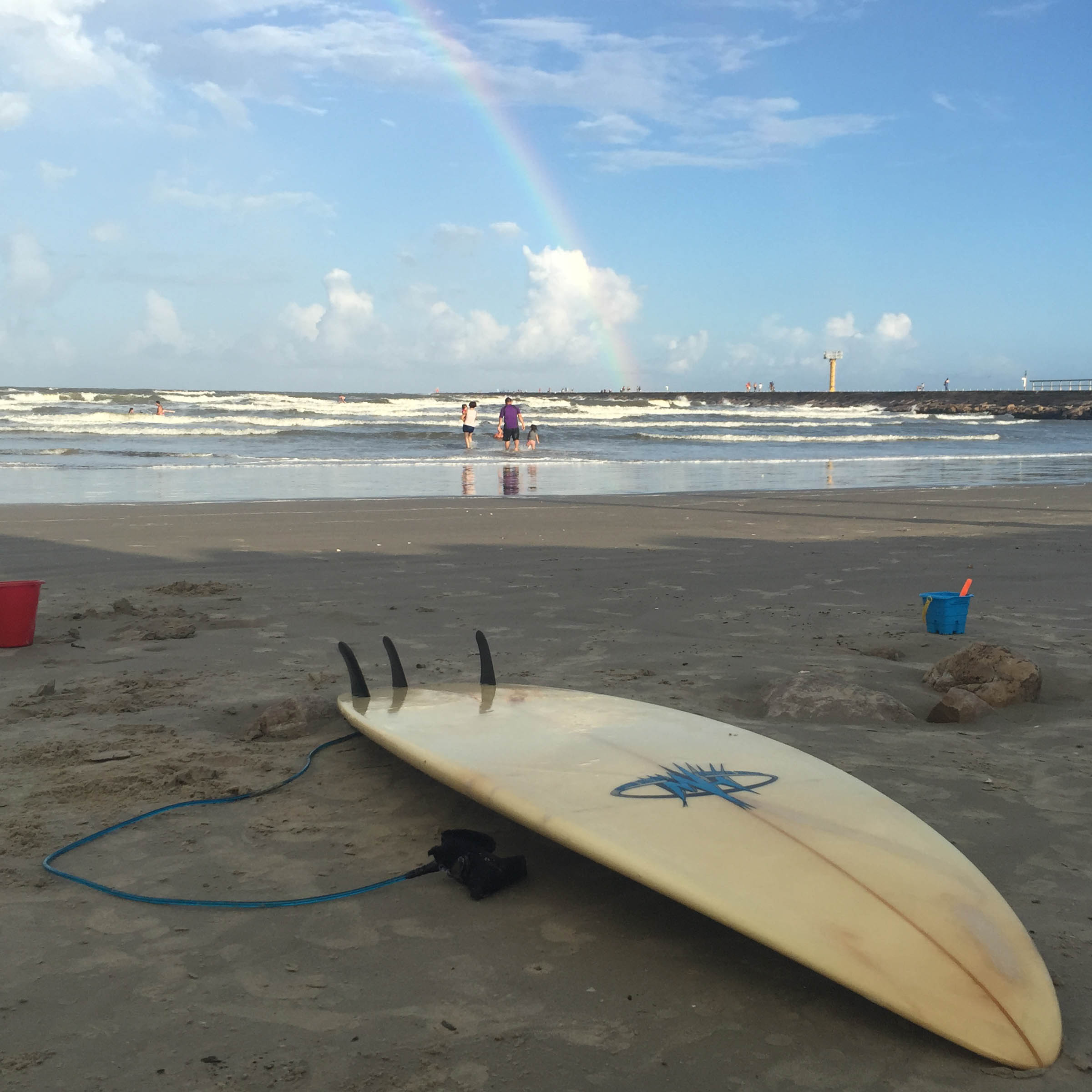 Can you believe this is real? It’s been stormy and gloomy in the Gulf with the approach of Tropical Storm Bill. On Saturday at the end of the day, we were suddenly rained out by a cloud formation that had been threatening the beach-goers all day. It was briefly torrential, but ended as quickly as it began. Luckily we were already wet!

And a rainbow appeared over the ocean!

On Sunday we went down to Matagorda Bay. Hopefully Tropical Storm Bill is moving things around down there, because there was a tree eroding in the surf spot and it was gross. Bits of tree were sticking to everything.

So we headed up the coast to Surfside again, and this time there was a double rainbow! The surf was better too – there were about 20 other people out and the waves were 4-6 feet at 7-8 seconds.