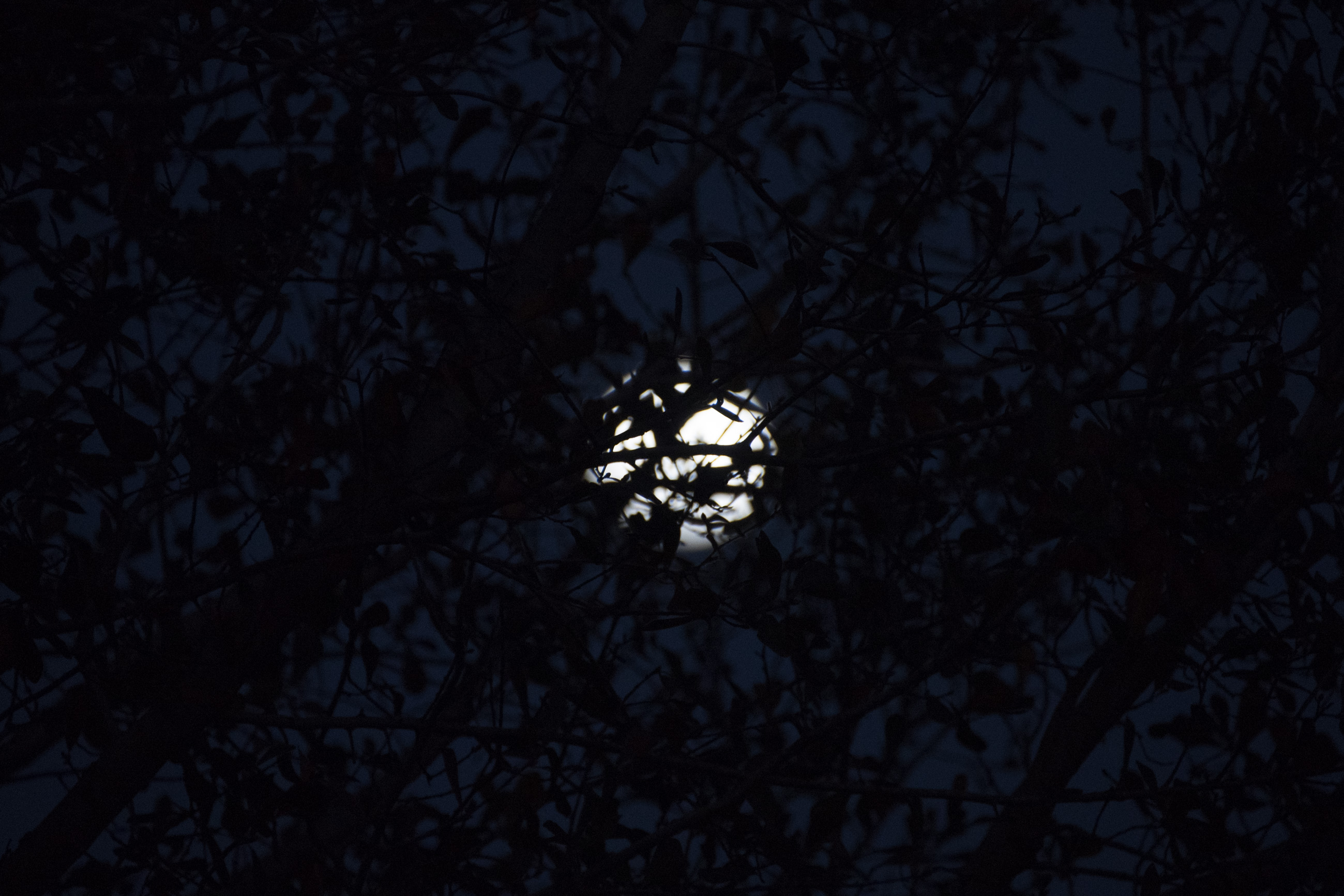 Did you get a chance to catch the penumbral lunar eclipse last weekend? The February full moon is also known as the Snow Moon in Native American folklore, since it happens during the snowiest month of the year.

The penumbral eclipse passed so quickly it was easy to miss! Texas is on Central Time, so we saw it at around 6:30pm Friday when I was just barely getting out of dance class. The Snow Moon lunar eclipse was particularly hard for me to catch because of the cloudiness of Houston skies. Chris caught this awesome pic while he was driving up from Port Lavaca though, capturing the red-tinted shadow moon from afar.

What is a penumbral eclipse, and why does it happen?

The sun is much larger than our little third planet and it sends light from all angles. So, the near and far ends of the sun create a lighter shadow on the near and far ends of the dark side of the Earth. This is the penumbra. The umbra is the dark cone-shaped shadow cast directly behind the Earth, where no light from the sun can reach. There’s also an antumbra cone-shaped shadow created past the umbra, but this does not affect our lunar eclipses.

When the moon passes through the penumbral shadow, a partial eclipse occurs. One side of the full moon is obscured in shadow, and it takes on an orangish hue.

Here’s a great illustration showing the shadows cast by the sun on the Earth:

Ideally I would have driven up to the George Observatory to catch the clear sky, but it’s hard to make it out of Houston traffic so early on Friday. Did you know you can find out with pretty decent accuracy how clear the skies will be for any upcoming astrological event? Here’s an awesome link for finding when the sky will be clear near you: Clear Dark Sky.

The full moon looked more like this photo when the skies cleared and I saw it. It was a totally beautiful, big February Snow Moon!