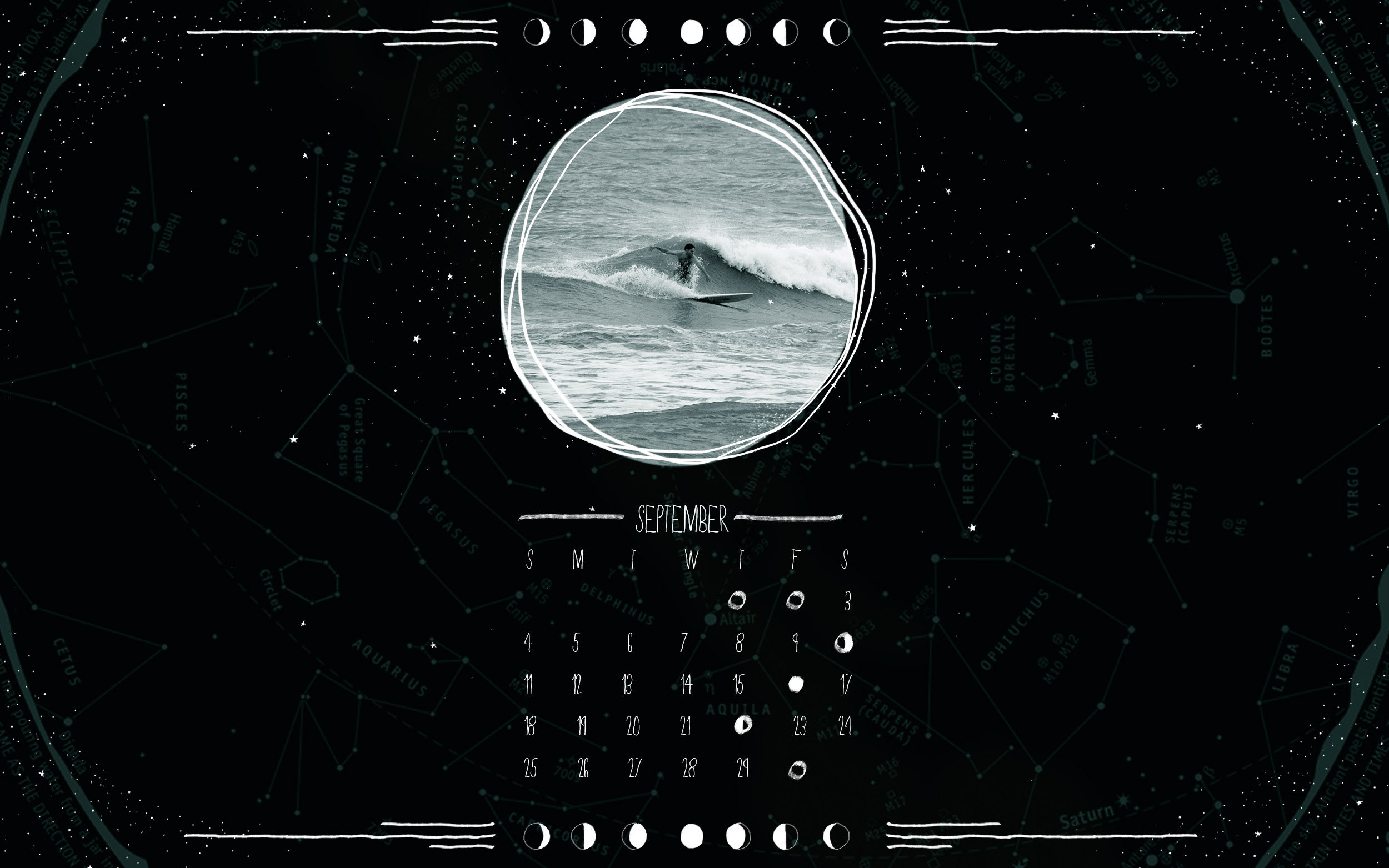 It’s a little late, but my September Moon Calendar is finally done! As late summer rolls in, so do the hurricanes. Hopefully something will bring some waves our way. There hasn’t been much lately. A few weeks ago Hermine brought a little wave into the Gulf, but it was closer to Florida than Texas. The impact near us was fairly minimal.

The air does feel a little cooler for September than it has been over the past few years. Maybe we’ll  have a cold winter this year! The downside to this is that when our air is cooler it’s less likely for hurricanes to build strength moving across the Gulf. However, the Gulf is still pretty warm so there is a change. At least, that’s what Chris says.

In the meantime, this site is awesome: WindyTy.com. It’s a website that tracks wind, wave, and other weather patterns across the Earth in a mesmerizing glow. Try not to look too close – you may not be able to look away. But it is so cool to see what is going on with the weather on the other side of the world, or even on the ends. Be careful! Looking at WindyTy can lead to lengthy explorations of Google Earth.

Enjoy the September Moon Calendar! I have it on my phone’s lock screen. According to this, there’s a possibility of more wave this Saturday and on the 1st of October. This month the background actually has a real star chart for the September Night sky. The main picture is Chris on a fun hurricane wave from last November, right at the beginning of wetsuit season. Hoping for more of this fun soon!

The layout is still inspired by the Free People moon calendar.