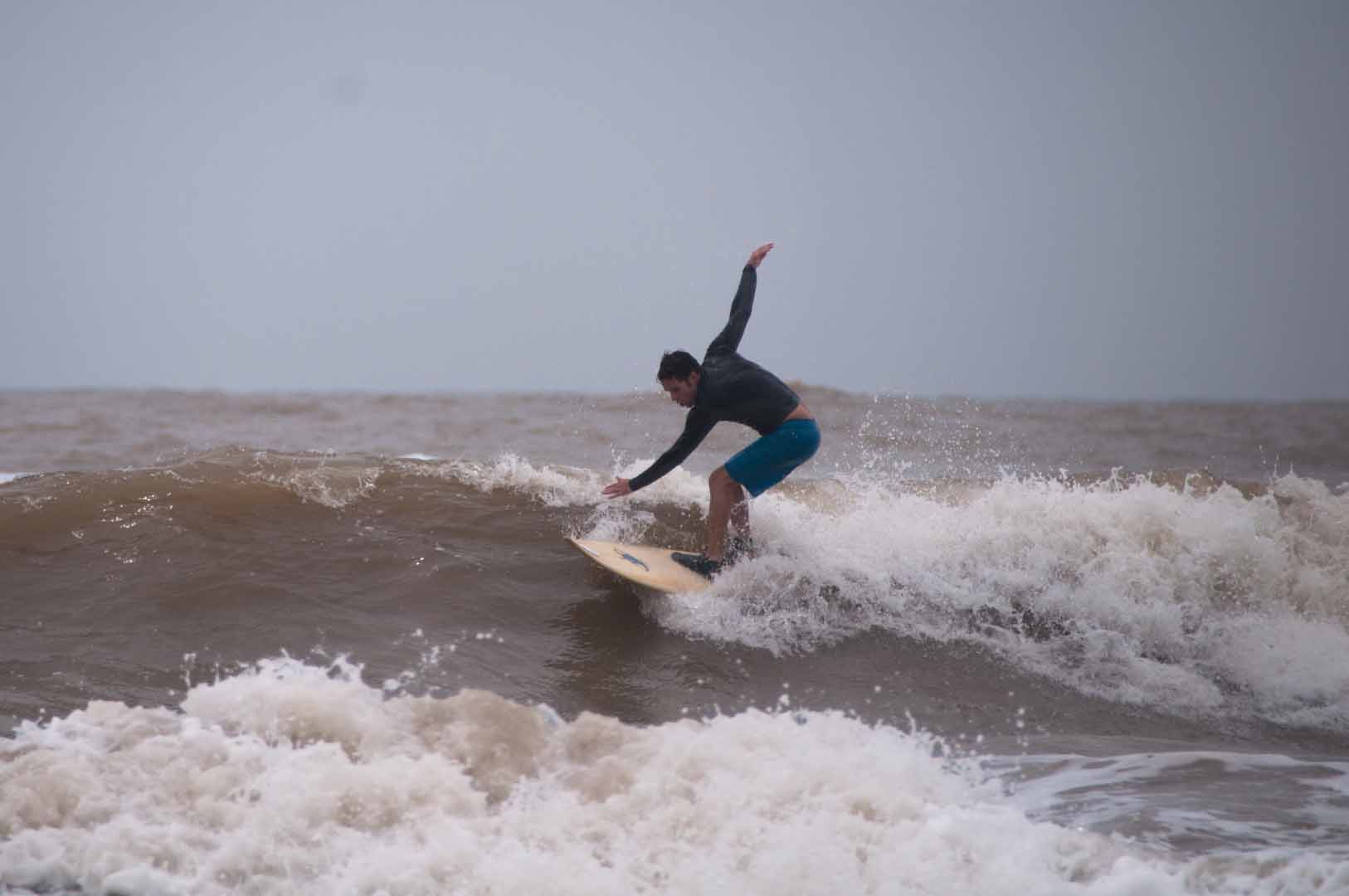 The wave forecast was big and burly, so we went a little further south early in the morning to surf near a pair of jetties. One of the jetties breaks the chop while the other one builds the swell, so you get nice big strong waves to surf on there. It had been raining recently, and we couldn’t drive through the flooded areas. Instead we parked near the fishermen off one of the long jetties and trek about 100 yards to the spot. There were about 10 surfers out, but the waves were enormous so there was plenty of room. I surfed the smaller clean swell for a bit, but Chris caught some really cool waves. Look at him fly.