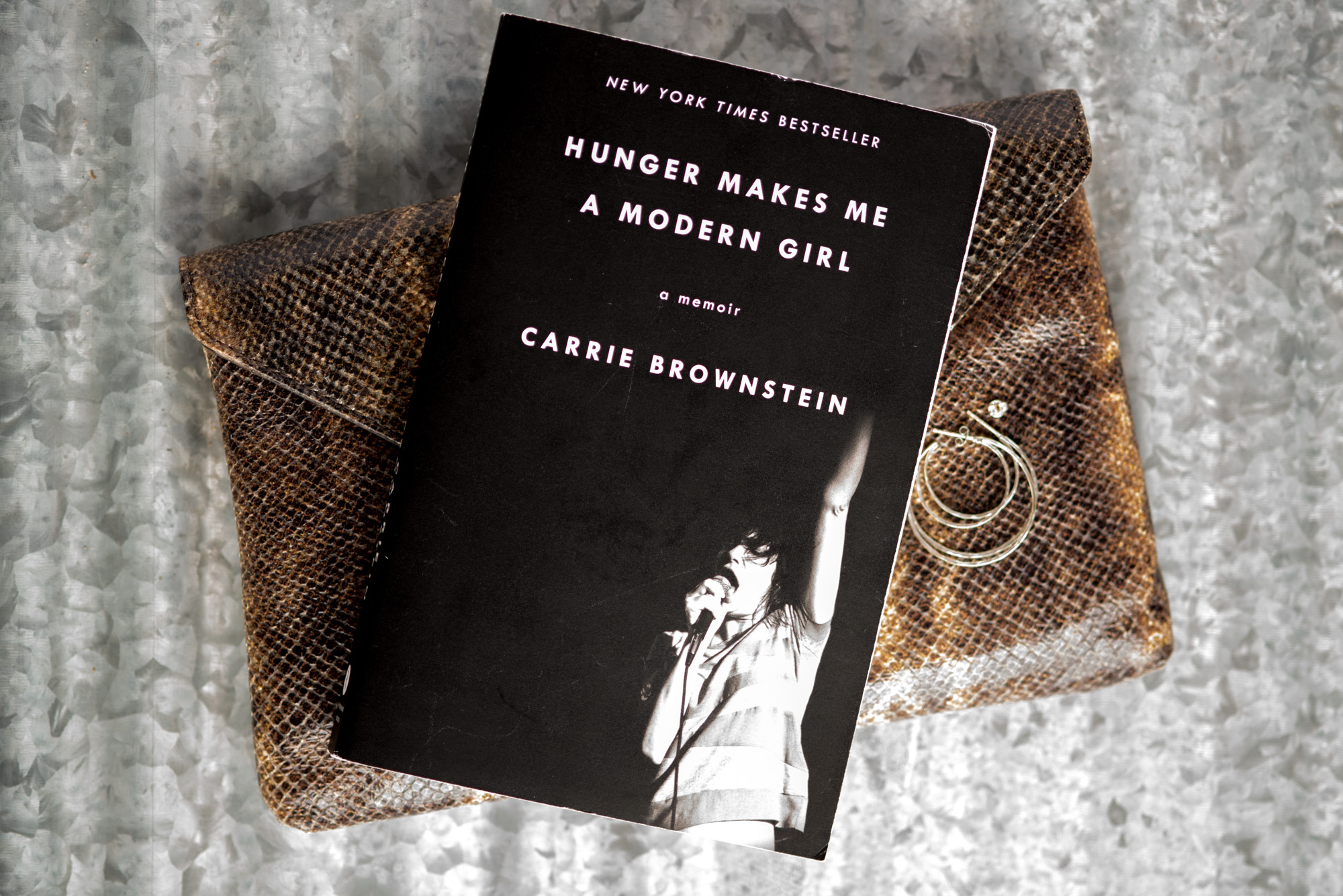 Carrie Brownstein, guitarist from the rock band Sleater-Kinney and comic co-star of Portlandia with Fred Armisen, wrote a memoir that quickly was listed as a New York Times Bestseller. This sums up my Hunger Makes Me a Modern Girl Book Review: I love Carrie Brownstein.

Reading the memoir went quickly – I finished it in about 2 days. It surprised me just how good of a writer Carrie is, given that she’s a talented musician and sketch character actress. A strong narrative arc and flair for dramatic confessional lifeisms punctuates each stage of Sleater-Kinney’s career. I knew the storyline would be hard to read – coming of age is always painful, and it takes a certain kind of upbringing to make you need to get up on stage. There are so many good takeaways from this novel about what it is to perform and collaborate with other artists, but I’ll let Carrie tell you since those are her words.

Go get the book!

Most of my friends grew up with this kind of fringe music Sleater-Kinney played that was called punk, wave, or indie in the late nineties to early thousands. Indie used to be a louder, angrier, more aggressive sound than the softly atmospheric, brokenhearted songs of today. Like Carrie says, some of this music doesn’t hold up well to the test of time. It’s virtually unlistenable to someone who didn’t grow up with it.

For me, it brings me back to the dreams and independence of growing into adulthood. We all had so much freedom, in spite of the rashness and growing pains that come with being basically a child-adult. Now life is punctuated by structure, mellowness, more awareness and happiness. It’s good.

Chris pointed out something interesting about the nineties counterculture of listening to all of these bands from other places. Sleater-Kinney and many other indie band’s music came from an incubator – a group of young untrained musicians working in isolated close proximity in a small town in the Pacific Northwest. Good music used to be a hunt – now with the Internet there’s data everywhere. Listening to the sound that came out of this from as far away as Texas, going to live shows at our local venues, brought a sense of that culture to Texas or wherever you are, but we only felt it in our individual isolation. We were not of it. We wouldn’t have the same community here as there is in the Pacific Northwest. But this is how culture travels and converges. A zeitgeist gathers from the sum of parts across wherever these sounds are played and heard, and I think there is a collective community that emerges. You can live in Houston, or Portland, or Austin, or Chicago, or Brooklyn and in spite of the local differences in population there are some similarities in taste and ethos.

What better way is there to sum up a book about music than with a playlist? Here are my favorite songs from this time and circle of music. Just to defend myself for putting together this old-ass playlist, I’d like to preface it by saying I do listen to newer music for the most part these days.

But it still lives.