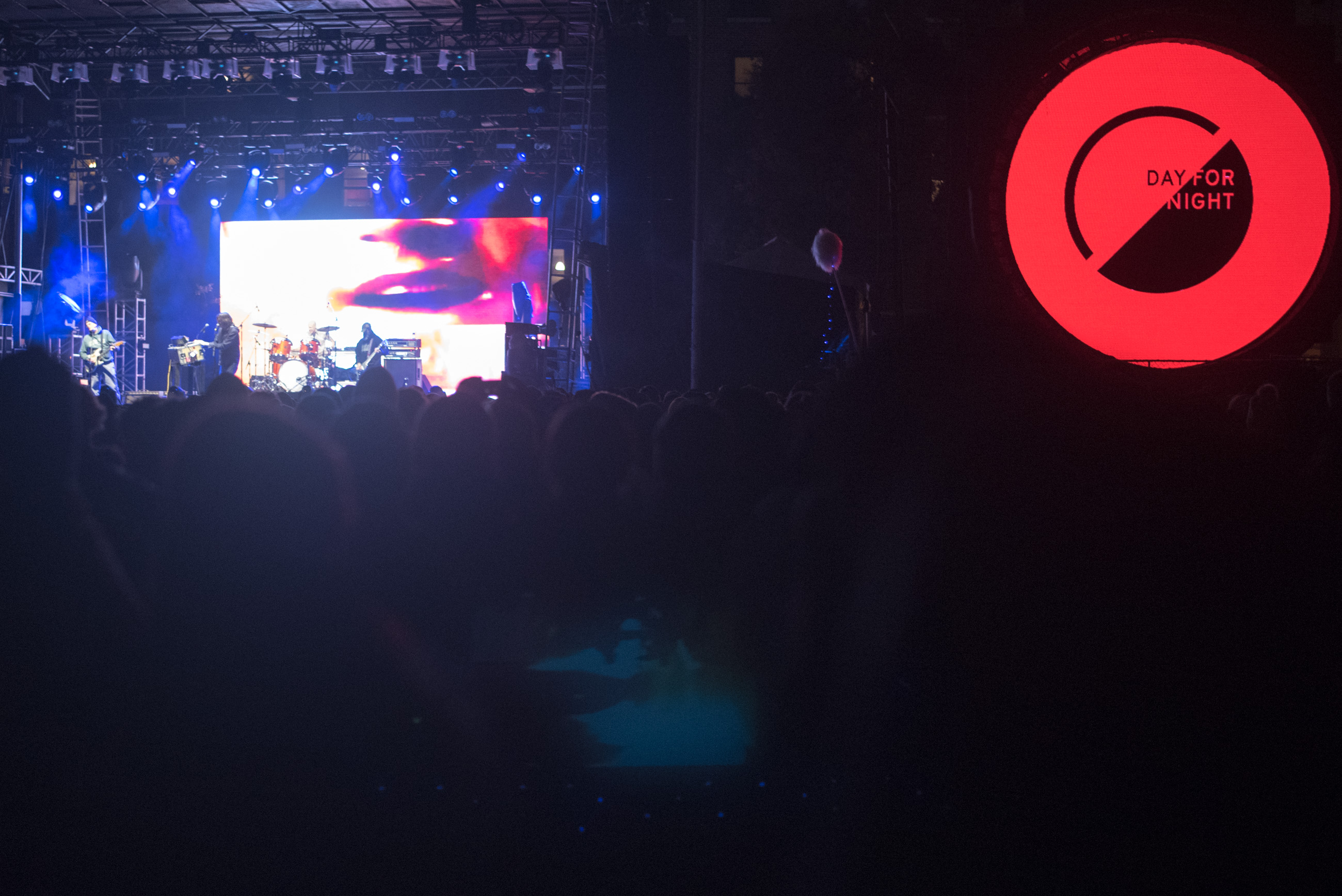 Do you want it darker? Since the art and music festival fell right before Winter Solstice, Day for Night used early sundown to its advantage with more light installations both outside and inside this year. The festival is so ambitious in scale. You have to brave the crowds to see all of the art if you also want to catch the shows. We made it up to the second floor for a bit of time in the art installations on Sunday. The building was a nice haven considering how far the temperature dropped from the day before.  Side note – did you know that there were tunnels in the old Post Office, where supervisors could spy on their minions, I mean employees, to ensure they were laboring at the right pace?

Later on in the day we caught quite a few of the shows, including Bjork!

Bjork, performing from behind this abstract forest installation. Like most festival experiences, I loved the music but all you could see was the sea of heads in the crowd. Everyone loves Bjork. Here’s a better view from someone who was a little closer:

I was a little surprised how stoked older Houstonians still were to see the Texan rock band Butthole Surfers. You may have heard their flatly apathetic stream of consciousness anthem from 1996, Pepper. Interestingly enough, Texan collective identity remembers the band wrote this song about high school and football culture in the suburbs of Dallas. My seventh grade English teacher, Mr. Price, knew the musicians from school in Dallas and we studied this song when we were learning about poetry, metaphors, simile etc in ’96-’97.

The only info I can find now referring to that story is a Texas Monthly article. The Wikipedia article says there’s no meaning to the song. Then there was also this movie, Wasted. Does anyone else remember the chiva problems in Plano?