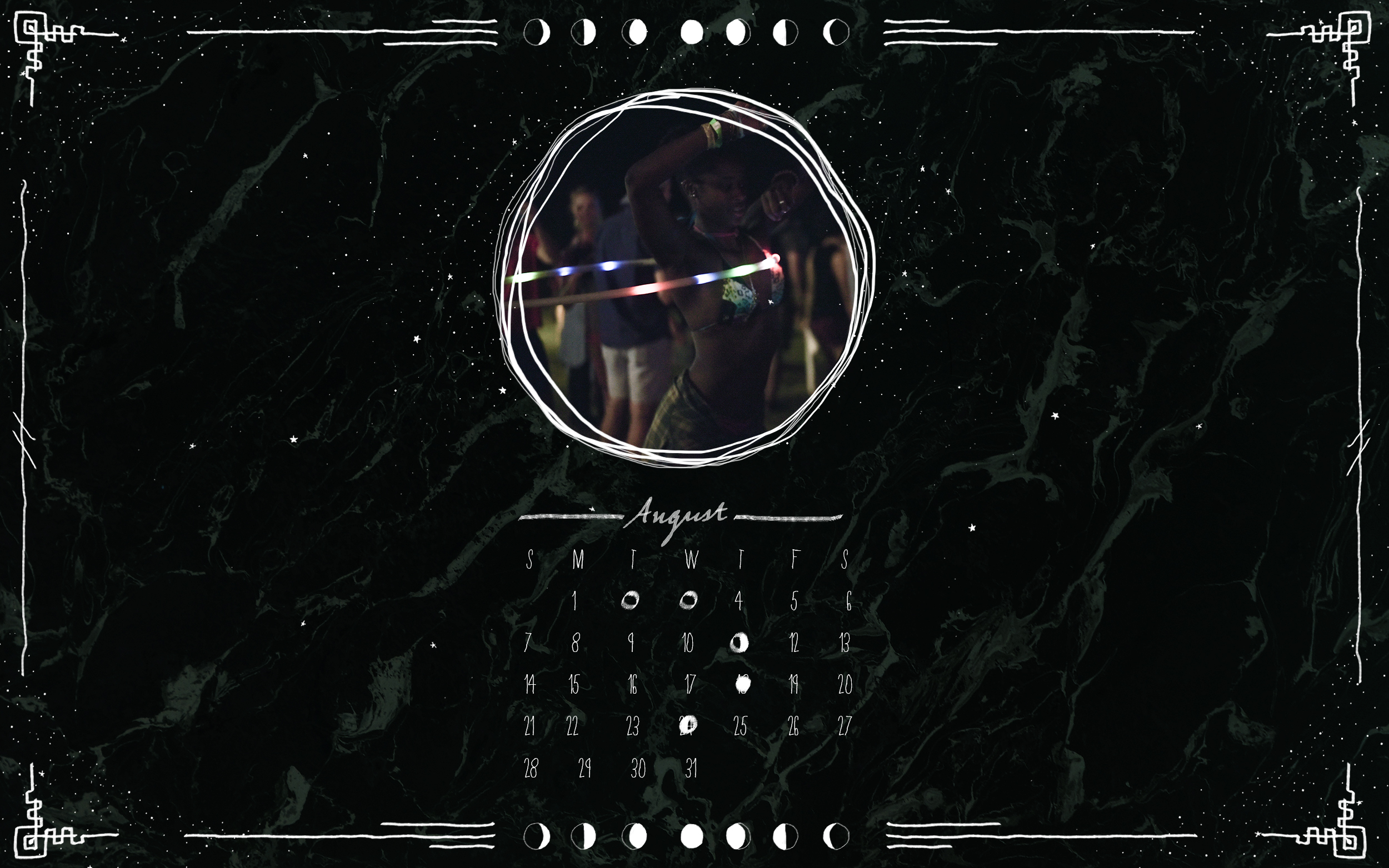 Welcome, August! Per this August moon calendar, catch the new moon early in the month for a little stargazing. Most of the United States is probably preparing for fall, but here in Texas we are entering the throes of summer. They call this the “dog days” of summer, and temperatures are well into the 100s. My boyfriend and I are also on the edge of our seats, eagerly awaiting hurricane season waves.

This August moon calendar is inspired by the gender bias gap. You have likely heard of the gender pay gap. The gender bias gap takes a closer look at employee perception by equal performance. By day I work as a digital marketer, although that’s not a topic I usually cover in this blog. I recently read this case study on the gender bias gap within a reputable internet marketing agency.

The following facts are very sobering for me. Across the board, male reps receive about a 20% higher customer satisfaction rating than female reps (this 20% difference interestingly aligns with the gender pay gap in digital marketing). Data indicates that female reps actually deliver a higher quality of account management than male reps within this agency. The gender bias is most prominent in average performing accounts, although it’s present across the board from high to low performing accounts.

So to word this another way, in digital marketing account management women do a better job and are perceived as less than their male counterparts.

Do you know what’s even worse? The lowest scores for female reps came from female clients. Male clients actually deliver higher low scores for their female reps. Women can be so harsh on each other.

If you’re a woman, this study probably confirms what you already know or sense. You may, like me, try to convince yourself it’s your mind playing tricks on you. It’s not. Data shows it’s likely you actually are unfairly judged by men and most especially by women. Just know that it’s not a real reflection on the quality of the work that you do or your personality, and let go of your expectations as much as possible. It’s so hard on women to live and work in this kind of a biased environment.

Anyway, ever since I read this case study I keep seeing this kind of judgmental behavior pop up everywhere – at work, at yoga, even in the grocery store!

So, this August moon calendar is for this badass chick doing her thing with a hula hoop at Float Fest a few weeks ago. She has really cool lines. Here’s to having a great time without caring what kind of a “satisfaction rating” you receive from the people around you! There’s not much you can do about it, so why bother caring? It’s much more fun to dance. And, try to be less critical of the women in your life.

As before, the layout is still inspired by the Free People moon calendar designed by Holly Degan.