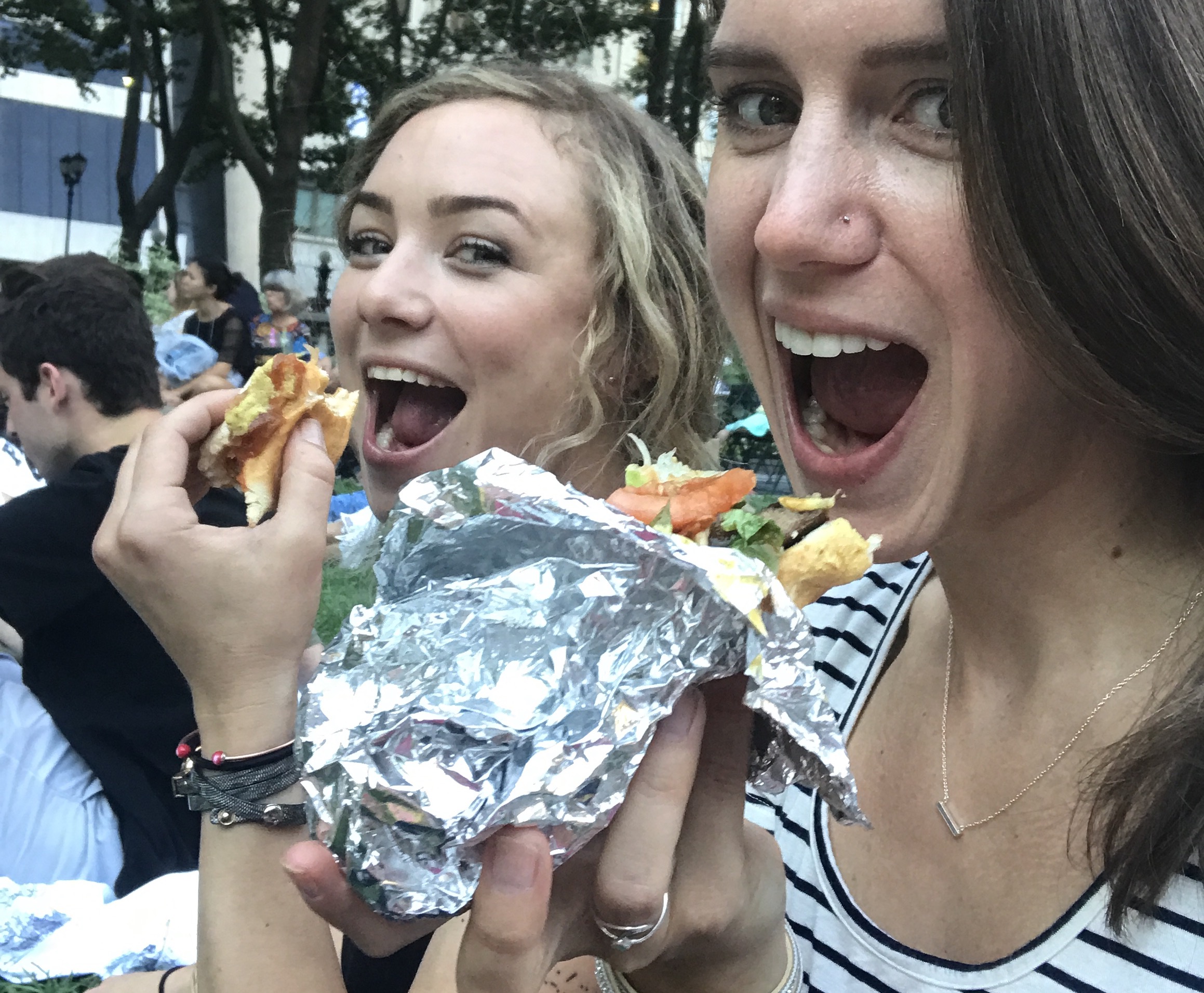 You may have heard New York referred to as Carb City, and for good reason! The easiest things to eat in New York are delicious bready foods that make you puffy. There are literally no fresh vegetables, and when you find them they cost three times as much as they would anywhere else. What to eat instead? Carbs. Carbs. And more carbs. Here are a few ideas for where and what to eat in New York:

What to order: pizza slice, duh. This is really a great way to get your daily vegetables. Just put them on a pizza, right? Deena’s New York pizza tip: fold the pizza in half and eat it like a sandwich. Then you can walk and eat. Who has time to sit? Plus since everything in New York is super dirty, you don’t really want to sit anyway. We ate at the Famous Original Ray’s Pizza, right by the Sheraton Hotel I stayed at, which was good enough that I went back to it more than once.

What to order: the fanciest hot dog a street cart offers. Kosher dogs are pretty common in New York, and that’s the cleaner meat. Or try one of the plenty of other types of sausage, topped with a pretzel bun, myriad of mustards and other toppings.

I could literally just eat at street carts for the rest of my life, and turn into a piece of bread.

Dine out a few times. One of Deena’s friends brought us here, but there are so many amazing restaurants in Manhattan. The fish was my favorite, but everything was very savory.

What to order: Duck, duh. Peking Duck House is one of those places where you realize your eyes are bigger than your stomach. The dishes just keep coming, and finally the waiter wheels out a table and carves a duck, rolling it into individual servings for everyone at the table.

What not to eat in New York: tacos. I live in Texas. We have the best tacos. Although, Deena claims a few places in the city serve delicious tacos. Had we made it to those food joints, I may have ordered a taco. Technically, those duck rolls may have been tacos. New York is such an international city, that I’m sure you can find pretty much any style of cuisine prepared well. But why try tacos in New York, when they are so good in Texas?

Do you have any favorite New York eats? Let me know in the comments!